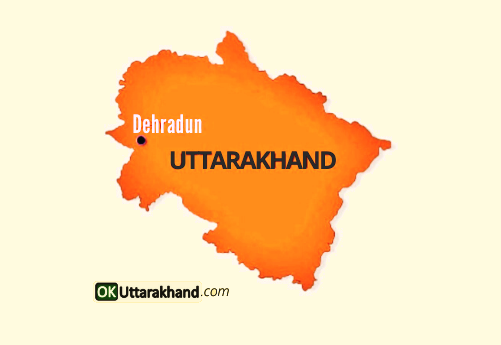 Uttarakhand State is also known as Devbhoomi which means God’s Land. Uttaranchal is the old name of Uttarakhand which is the 27th state of India. It was formed on the 9th of November 2000, when it was carved out of northern Uttar Pradesh.

Uttarakhand located at the foothills of the Himalayan mountain ranges, it is largely a hilly State, having international boundaries with Tibet (China) in the north and Nepal in the east.

On its north-west lies Himachal Pradesh (HP), while on the south is Uttar Pradesh (UP). It is rich in natural resources especially water and dense forests with many glaciers, rivers, and snow-clad mountain peaks.

In this article, we have compiled detailed information about the state of Uttarakhand.

Uttarakhand State at a Glance

Here are the major facts and profiles of the State of Uttarakhand.

In 1947, when India attained independence from the British rule, the Garhwal & Kumaon Kingdom (Now Uttarakhand) was merged into the state of Uttar Pradesh.

After Independence, Kingdoms were merging in States, that is why the term “Kingdom” vanished and Uttarakhand emerged which is composed the Garhwal and Kumaon Divisions.

Until 1998, Uttarakhand was the name most commonly used to refer to both regions, as various revolutionary and political groups, including the Uttarakhand Kranti Dal, began agitating for separate statehood under its banner.

Although the erstwhile hill kingdoms of Garhwal and Kumaon were traditional rivals the inseparable and complementary nature of their geography, art & culture, language, and traditions created strong bonds between the two regions.

This was the time when people felt the new political identity of Uttarakhand, which gained significant momentum in 1994 when demand for separate statehood achieved almost unanimous acceptance among both the regions and national political parties.

It is notable that the formation of Uttarakhand State was achieved with a very long struggle and heavy sacrifices. The first demand of Uttarakhand arose in 1897 and there had gradually been a rising demand for a separate state several times. In 1994, the demand for statehood eventually took the form of mass movement that resulted in the forming of the 27th state of the Republic of India.

Trivendra Singh Rawat is the eighth and current Chief Minister of Uttarakhand. He assumed office on 12 March 2017. Rawat was a member of the RSS from 1979 to 2002. Rawat joined the right-wing organization Rashtriya Swayamsevak Sangh in 1979 before becoming its Pracharak (apostle) for the Dehradun region in 1985. Subsequently, he joined the Bharatiya Janata Party (BJP), the political party associated with it.

Baby Rani Maurya serving as the seventh governor of Uttarakhand since 26 August 2018. She entered politics as a worker for the BJP in the early 1990s. She was the first woman mayor of Agra Municipal Corporation from 1995 to 2000.

There are 109 Tehsils in 13 districts of Uttarakhand state. Here we have compiled a complete list of 109 tehsils with their name and district. The number of tehsils in each district in Uttarakhand is also mentioned in the list Following.

There is the unicameral state legislature and bicameral center Legislature in Uttarakhand.

Here is the list of 70 Legislative Assembly seats in Uttarakhand.

There are 3 seats of Rajya Sabha and 5 seats of Loksabha in Uttarakhand.

Here is the list of 5 Lok Sabha Parliamentary Constituencies seats in Uttarakhand.

Here are the answers to some most frequently asked questions like what is the population of Uttarakhand? And many more about Caste, Religion & languages in Uttarakhand.

According to the 2011 Census of India,

Uttarakhand has a multiethnic population spread across both regions, Garhwal, and the Kumaon. A large portion of the population is Rajput, including members of the native Garhwali, and Kumaoni as well as a number of migrants from Nepal.

According to a 2007 study by Centre for the Study of Developing Societies,

Uttarakhand has the highest percentage of Brahmins of any state in India, with approximately 20% of the population being Brahmin.

18.76% of the population belongs to the Scheduled Castes.

2.89% of the population belongs to the Scheduled Tribes such as the Jaunsari, Bhotiya, Tharu, Buksa, Raji, Jad and Banrawat.

According to Census 2011, Percentage of Religion in Uttarakhand are:

More than 4 out of the 5th of Uttarakhand’s residents are Hindus.

Muslims, Sikhs, Christians, Buddhists, and Jains make up the remaining population with the Muslims being the largest minority.

According to Census 2011, Percentage of Languages in Uttarakhand are:

The other major regional languages of Uttarakhand are Garhwali, which is spoken by 23% of the population mostly in the western half of the state also called the Garhwal Division.

Kumaoni, spoken in the eastern half mostly Kumaon Region and native to 20%, and Jaunsari, whose speakers are concentrated in the Dehradun district in the southwest and makeup 1.3% of the state’s population.

There are also sizeable populations of speakers of Urdu (4.2%) and Punjabi (2.6%), both mostly found in the southern districts, Bengali (1.5%) and Bhojpuri (0.95%), both mainly present in Udham Singh Nagar districts in the south-east, and Nepali (1.1%, found throughout the state, but most notably in Dehradun and Uttarkashi).

The following is a list of symbols of the Uttarakhand State.

Uttarakhand is very famous for its schools and Institutions. Lakhs of students come to cities like Dehradun, Roorkee, Haridwar, and Rishikesh to pursue their academics education. Especially, Dehradun is very popular for Boarding schools.

The peaceful environment and Prestigious Schools is the reason which makes Uttarkhand best for studies. As we talk earlier, Dehradun is known for its Top Class Boarding Schools like The Doon School, The Asian School, Welham Girls’ School.. etc.

Many parents from different states of India visit Dehradun every year for the school admissions of their children. That’s why you also heard many celeb kids also studying in Boarding Schools in Uttarakhand.

Uttarakhand is one of the best choices to pursue graduation and higher studies. More than lakhs of students take admissions in Colleges in Uttarakhand. Dehradun is a hub of Education whether it is elementary education or higher studies.

From Management to Technology and Defence To Research, Uttarakhand is Popular for so many well-known Government Institutions. Here are some of the prestigious Academies and Research Institutes With their Full Form.

Uttarakhand weather is ideal for traveling, trekking, and camping. The temperature in Uttarakhand remains mostly perfect for summer, especially in hill stations. Many tourists visit places like Mussoorie and Nainital in summer to beat the heat.

In Winters, weather in Uttarakhand may not be suitable in places like Kedarnath, Gangotri, and Yamunotri. But Mussoorie is the best hill station for snowfall lovers in the winter season.

Tourism is a major source of income for local people. Uttarakhand Government also generates thousand of crore revenue by tourism and related activities.

Uttarakhand is also known as Devbhoomi which means God’s Land. And there are many Hindu pilgrimage sites like Kedarnath and Badrinath that are the major attraction for devotees.

Places To Visit in Uttarakhand

Char Dham temples, famous hill stations like Mussoorie-Nainital and cities like Dehradun, Haridwar, and Rishikesh are also the main attraction for travelers.

Rishikesh is also known as the world capital of Yoga. Lakhs of students including foreigners visit yoga centers in Rishikesh every year. Rishikesh is also a major attraction for adventure activities like River Rafting, Bungee Jumping, trekking, and Camping.. etc. Other than this, Thousands of people gather to see Ganga Aarti in the evening every day.

Haridwar is also very famous for its Ashrams and Ghats for the holy Ganga bath. Many people visit Haridwar for spiritual healing and they do meditation near the bank of River Ganga.

Millions of devotees visit Uttarakhand during Char Dham Yatra season every year. Chota Char Dham yatra consists of 4 major divine temples of Uttarakhand. These are Gangotri, Yamunotri, Kedarnath, and Badrinath. Hemkund sahib is also one of the major pilgrimage sites for the Sikh community.

Uttarakhand is a hilly state covered by Himalayan mountain ranges. These mountains are truly god gift to nature lovers and sightseeing travelers. Many people plan their trip to hill stations like Mussoorie, Nainital, Tehri, Kedarnath, and Vally of flowers every year.

Thank you for reading about Uttarakhand State.

Here on OkUttarakhand, We are dedicated to providing valid and useful information about Uttarakhand.

If you liked this article, kindly do share it with your friends!! 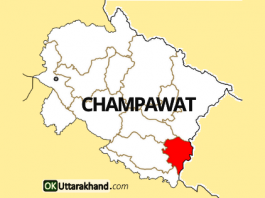 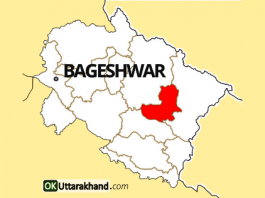 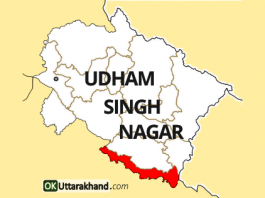 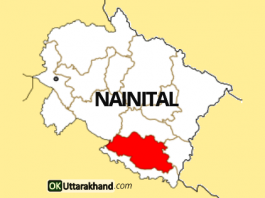 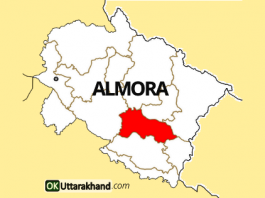